Kitchen common scissors and their uses 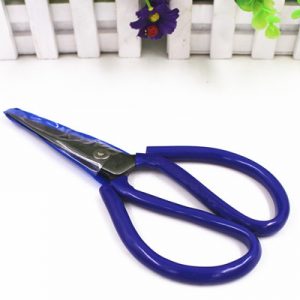 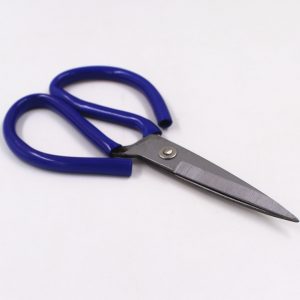 The kitchen shears, designed for the Oriental family, are designed to create a convenient kitchen, and a pair of scissors can be used to cut the kitchen.

The blade is slightly wider, the length is moderate, and the application range is wide. It can be used for cutting, sheet, enamel and other processing pieces, strips, wires, diced, end, block, velvet and other raw material shapes, and can be used for Processing slightly broken bones or texture slightly
Hard materials are more common in applications.

the characteristics are lighter weight, the blade is narrow and thin, steel is pure, the knife edge is sharp, flexible and convenient to use. The main purpose is to process the shape of raw materials such as sheets, strips and wires.

The blade is longer, wider and heavier than the cutter. It is arched. It mainly processes raw materials with bones or textures, and cuts pig heads, chickens, ducks, geese, ribs, etc. It is a special tool.

knife-shaped front tip back width, basically triangular, light weight. It is mostly used for cutting fish and deboning, and it is used more in western food production.

The size of the blade is the same as that of the general cutter. The root of the knife is slightly thicker than the cutter. The first half is thin and sharp. The weight is generally 1000g to 1500g. It is characterized by cutting and cutting.

shape and knife are basically similar, the difference is that the blade is slightly narrower and shorter than the knife, light weight, sharp edge, dedicated to cooked roast duck.

light weight, generally about 500 grams, characterized by the middle of the blade is arched, the blade is thin, sharp edge, is a special tool for cutting mutton slices.

The blade is rectangular, long and thin, weighing about 800 grams, and the blade is sharp, suitable for draining vegetables.

used to process fish and shrimp raw materials, such as shears and fins.

the blade is about 20 cm long, the first half is a knife, a triangle; the second half is a scorpion, also a shank part. Mainly used for the initial processing of raw materials, the knife can be used for cutting, cutting, scraping, etc.,

The body shape is small and the blade is not sharp. It is often used to scrape off dirt on the cutting board and sometimes used to descale the fresh fish.

a special tool for food carving. There are many types, and many of them are designed and made by users.